Aiman Shaikh, one of our Research Software Engineers recently attended Women of Silicon Roundabout 2019 – one of the largest gatherings of female technologists in Europe – held at ExCeL London. In this blog post, Aiman tells us more about her motivations for attending the two day event aiming to make an impact on the gender gap and boost careers of attendees.

My main motivation for attending the conference was the opportunity to be among 6,000 attendees who were all like me: eager to connect, learn and take action on gender diversity and inclusion in the workplace. Women of Silicon Roundabout 2019 brought together a programme of inspirational keynotes, panel discussions, networking opportunities, technical classes, and career development workshops – it was the first and only conference I have attended where female technical speakers took centre stage.

For me, the chance to hear from inspirational leaders – many of whom were women – about emerging technologies like artificial intelligence (AI), data analytics, blockchain and cloud computing. This coupled with the strong messages throughout the conference about the importance of diversity and inclusion was truly incredible.

One of the many worthwhile sessions I attended was from Denise Jones, Senior Product Manager, LetGo. Denise discussed whether AI has given rise to new and distinctive ethical issues and she challenged the group with statements like “algorithms can predict user preference based on previous activity and based on other users who are like them” raising important questions about how we as technologists can be mindful of bias in our work with AI. It made me really consider the balance of collecting data to provide a better user experience and product personalisation as good thing but collecting too much data and over-targeting audiences can go wrong and be frustrating for users if it’s not relevant.

I also attended the “Confident Speaking for Women” workshop led by Sarah Palmer, Director of European Business Development at PowerSpeaking. This was an incredibly useful 60 minutes packed full of exercises specifically designed to improve presentation skills. It gave loads of helpful tips for ‘presentation newbies’ like myself such as the importance of trying things out in advance and how to project confidence and credibility, especially through using effective nonverbal language. I’m looking forward to implementing several of these strategies in my own conference talks!

Another real highlight of the conference was the Women of Colour networking lunch on the second day of the event. Organised by Google, it was a chance to ‘inspire and be inspired.’ I was fortunate enough to meet with so many role models in tech and find out from them how they progressed in their career, how they managed their work/life balance and grow my own professional networks. I was also lucky to be able to meet with groups of fantastic early career women who were keen to find out more about my job and the Hartree Centre. I really enjoyed telling them more about my role and day to day life as part of the Research Software Engineering team – I hope to see some of them apply for some of our job vacancies as they would be great assets to any team!

I loved this conference – it provided a much-needed, necessary platform to women in technology, inspiring attendees to talk and network with women working across different industries and using a variety of emerging technologies in their day to day jobs. I’ll certainly be taking many of the lessons learned back to the Hartree Centre – it has inspired me to think about AI and data analytics in some of my upcoming projects and how I can make sure I continue to incorporate diversity and inclusion in to my work and professional networks. 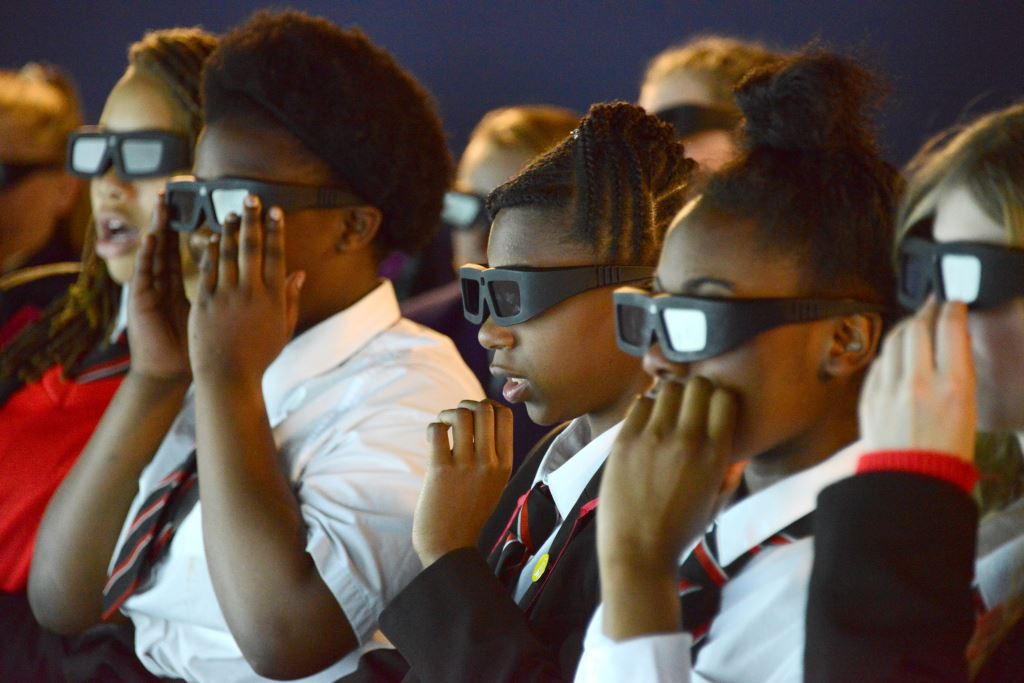 While much has been done in recent years to encourage women into STEM careers, statistics show that the UK – and indeed, the world – still has a way to go before we see equal gender representation reflected in the scientific workforce. In this post I’d like to examine the element of choice involved in this under representation, and how we can tackle it.

When pressured to recruit, companies often cite lack of applications as the reason for gender imbalance. For example, a 2014 study showed that for 50% of UK companies studied that hire IT workers, only 4% of job applicants were women. Whilst we must take into account the other influencing factors at play, evidence suggests that women are still disproportionately choosing not to follow STEM career paths.

“Only 20% of A Level physics students are female, a figure that has not changed in 25 years.”

While take-up and performance in GCSE level sciences shows little difference between genders, only 20% of A Level physics students are female, a figure that has not changed in 25 years, despite the social gender equality climate having arguably improved within that time. This indicates that more effort is needed at an earlier stage of education, to prevent that drop-off before it happens – but what kind of effort?

One way to tackle this is improving visible representation of female scientists, engineers, coders at a younger age. By the time children reach high school age, they’ve already absorbed a plethora of subtle signals – from the toys we assume they’ll prefer, to the colour of the clothes we dress them in – regarding gender norms from family, friends, teachers, the mass media and society in general. So many, in fact, that I believe it’s difficult, if not impossible, to reverse these factors which contribute to personal unconscious bias (or indeed identify any one prevailing influencer) and allow young people to make career choices objectively; gender neutrally.

According to the Women’s Engineering Society (WES), the UK has the lowest percentage of female engineering professionals in Europe, at less than 10% – something I experienced first-hand at university. Whilst studying a degree in Aeronautical Engineering, I found myself to be one of only ten female students in a year group of approx. 100 – pretty much bang on with the stats!

It’s difficult not to feel somewhat radical when faced with that reality, despite knowing you are more than entitled to be there. There’s something subtle to be said for the self-doubt that can creep in when looking around a room and seeing very few people who share your background, your life, your experiences. Even the most self-assured of minds can be forgiven for wondering: Do I belong here? 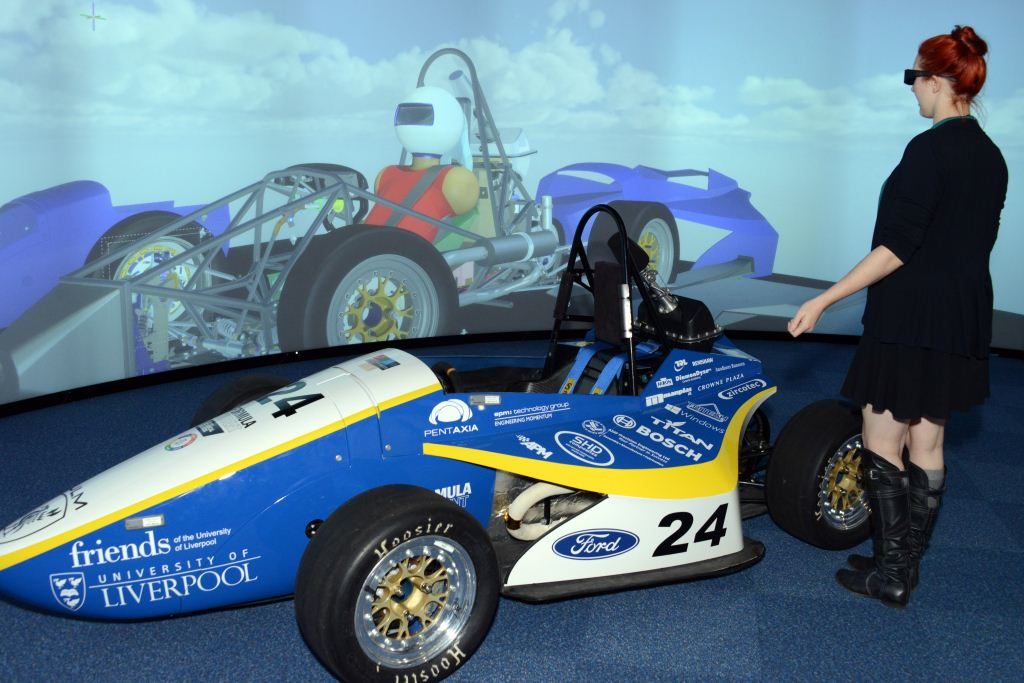 “The doubt that might cause a young woman to drop out of science or maths too soon because she doesn’t see any evidence that it is ‘for her’ is perhaps more powerful than any open hostility could be.”

The answer, of course, is yes – gender diverse businesses have time and again been proven more likely to outperform their competitors. But a lack of representation, the tiny but persistent doubt that might cause a young woman to drop out of science or maths too soon because she doesn’t see any evidence that it’s ‘for her’ is perhaps more powerful than any open hostility could be. Studies have shown that “fitting in, or gaining peer acceptance, is a primary objective of youth in the high school context and […] may be more important than academic goals”. For young children, that feeling of belonging, of being represented, cannot be overlooked if we want to change STEM statistics for the better.

I firmly believe that the most valuable thing we can do to inspire more girls into tech careers is to put more examples of real women doing real STEM jobs in front of them – and in front of the boys too – from as early an age as possible. Change starts at home, and we need to make sure children have access to resources that show the full diverse range of notable people in STEM throughout history and now, in 2017. We need to question our own preconceptions, and do our hardest not to pass them on to our children and those around us.

It’s not about telling girls they must seek STEM careers, it’s about making sure they don’t close themselves off to those options when social influences are being imposed on them at every turn.

It’s not about telling girls they must seek STEM careers, it’s about making sure they don’t close themselves off to those options prematurely when potentially limiting social influences are being imposed on them at every turn. It’s ensuring boys won’t dismiss them as potential future colleagues in STEM.

The good news is that a change in perceptions and awareness of STEM gender balance is occurring, however slowly. Improvements in representation are inching forward, from Grace Hopper and Margaret Hamilton receiving long overdue awards for their contributions to computational science to films such as Hidden Figures coming to the fore and revealing previously overlooked truths about the history of women and minorities in great scientific achievements. There is an undoubted shift in thinking – but it has been too long coming and still has a way to go.

There are many UK organisations and government initiatives already doing great work to inspire future generations of women to study STEM, but we can’t rely on outside influences to eradicate centuries of gender bias – it has to start with us. It is everyone’s responsibility to remember why diverse representation matters, and to provide it whenever they can. To question our own assumptions, and those around us – not just in the workplace, but in every aspect of our lives. (After all, isn’t that what scientists do best?) Only then, will we truly be able to give future generations the freedom to choose without bias; the freedom to choose science.

You can read about how the Science and Technology Facilities Council is supporting equality and diversity in STEM here.