High Performance Computing (HPC) and High Performance Data Analytics (HPDA) – the provenance of the Hartree Centre – are rapidly expanding areas of importance to academia and industry, with myriad new employment opportunities arising. It is predicted that the gap between supply and demand of skilled staff will continue to grow. Despite the face that women make up 51% of the population, on average only around 15% of people working in IT are women. The proportion working in HPC and HPDA is even less. When taken in conjunction with recent evidence that diverse teams and organisations outperform less diverse competitors, there are sound business reasons why Diversity and Inclusion is a priority, as well as moral and social imperatives. 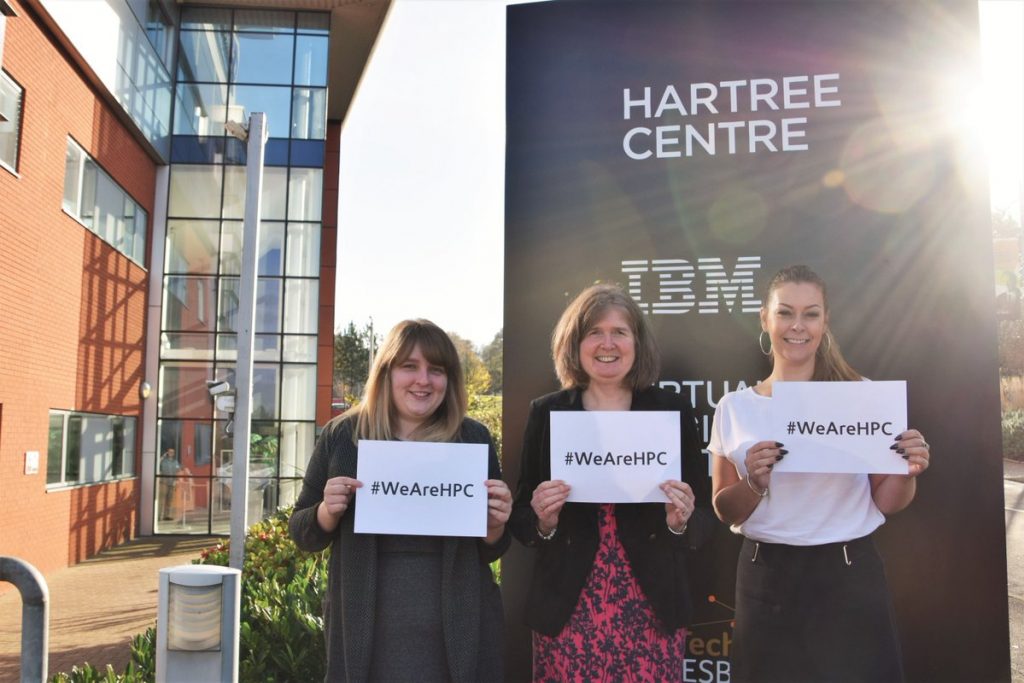 I am one of the founders of Women in HPC, which was formed in the UK by a small group of women who were interested in exploring the reasons why so few women were working in all areas of High Performance Computing. From small beginnings, it has grown into an organisation and network with global reach, holding programmes of events at the major international supercomputing and IT conferences.

The biggest annual event is SuperComputing17 (SC17). This year, for the first time, SC staged a Diversity and Inclusion Day. WHPC launched a highly effective global Twitter campaign with the hashtag #WeAreHPC, which featured selfies of both men and women working in HPC, several of them being Hartree Centre staff. Then at the conference itself, a hundred Diversity Ambassadors of both genders, of which I was one, wore specially commissioned eye-catching blue T-shirts around the conference and exhibition area for one day and were tasked with talking to as many of the 12,000 participants in the conference about Diversity and Inclusion as possible. They were joined by a number of supporters who wore ribbons to signal their commitment to the cause. 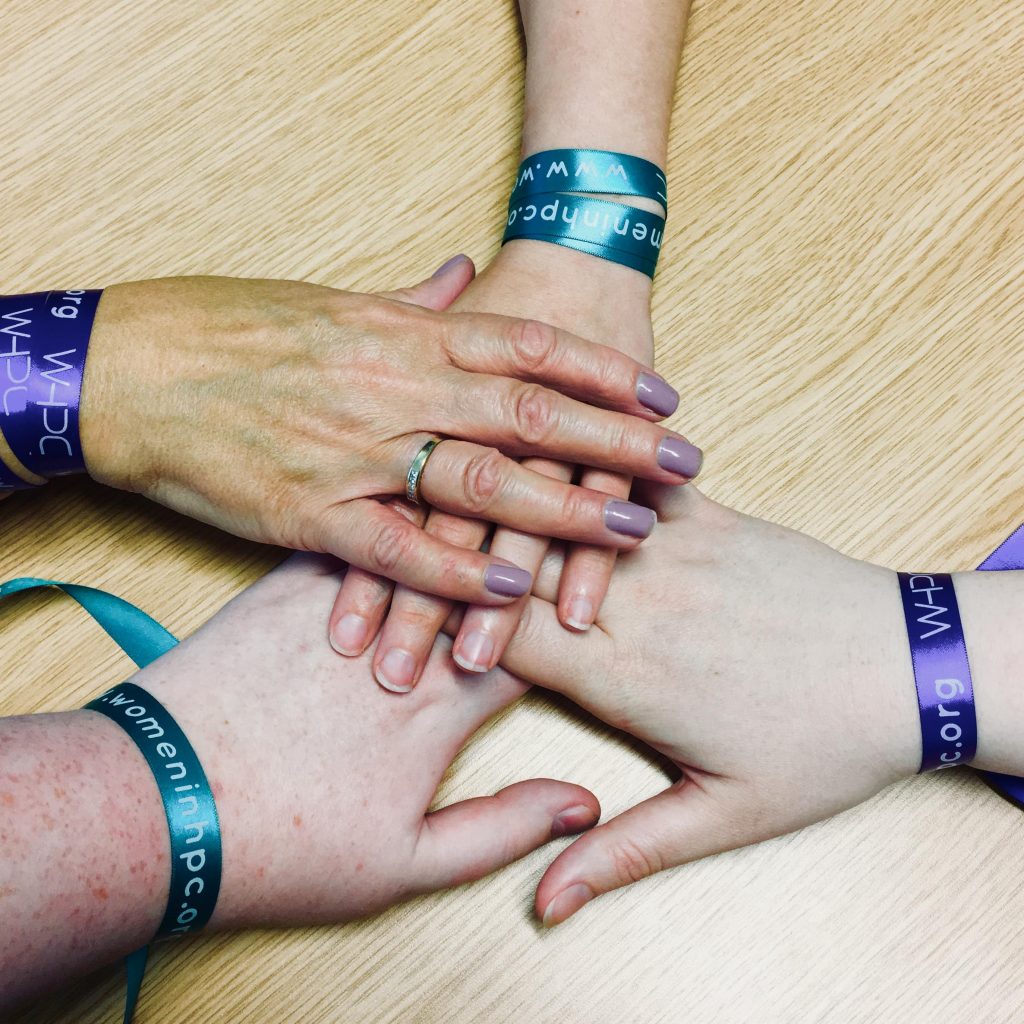 I was struck by the symbolism of the colours of the ribbons – green and purple. Unconsciously, Women in HPC chose the colours of the suffragettes, a group of women who campaigned in the UK in the early 20th century for equal voting rights for women. Purple signified dignity and green symbolised hope, both of which are aspirations which resonate with the HPC Diversity and Inclusion campaign. My great-grandmother was an active member of the Woman’s Liberal Federation whose objectives included promoting just legislation for women, through the introduction of votes for women at local and parliamentary elections and equality in policy making within the political party (the Liberals) which they supported. They wore ribbon rosettes of purple and green to show their allegiance to the cause. Women’s campaigning changed the political landscape in the UK forever with the first women being given the right to vote in 1918, a decision which was in due course to have profound influence on society’s political and social priorities. I like to think that almost 100 years later, the Diversity and Inclusion campaign in HPC, and the wider awareness of the importance of Diversity and Inclusion within STFC, will contribute to change in the nature and extent of women’s involvement in IT and in the technological and scientific advances that are changing our world and the nature of work forever.